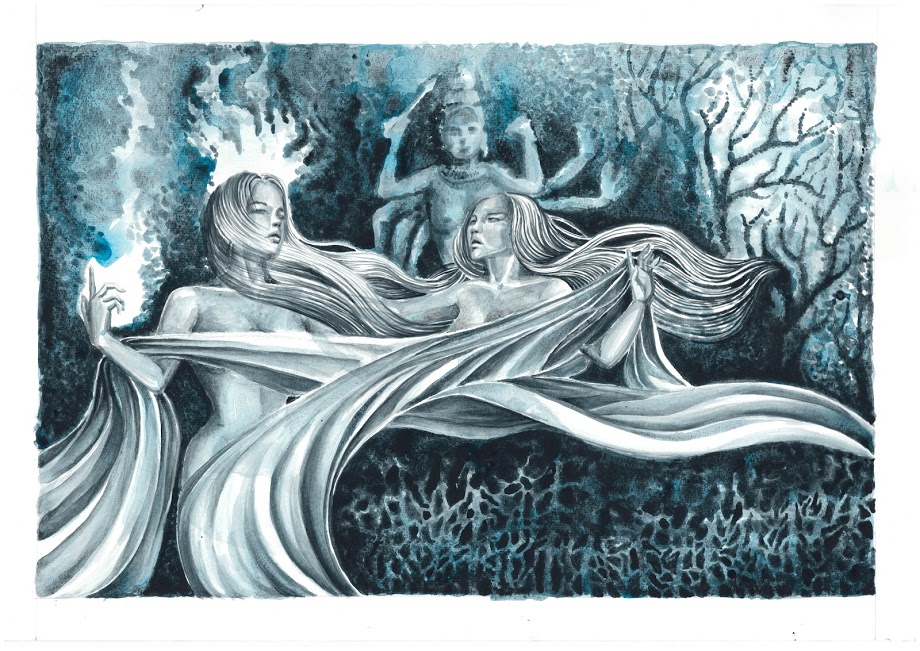 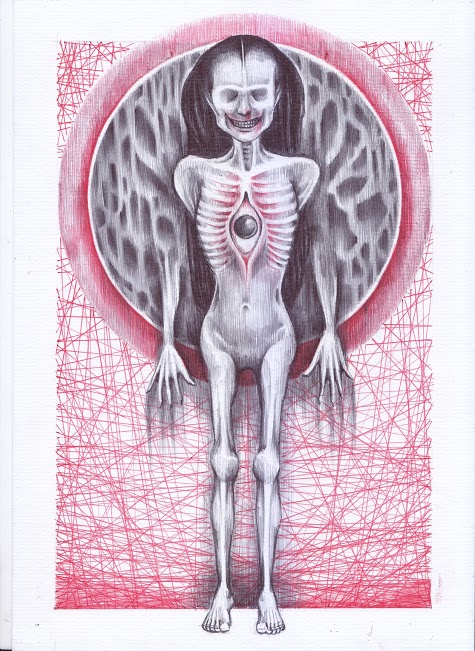 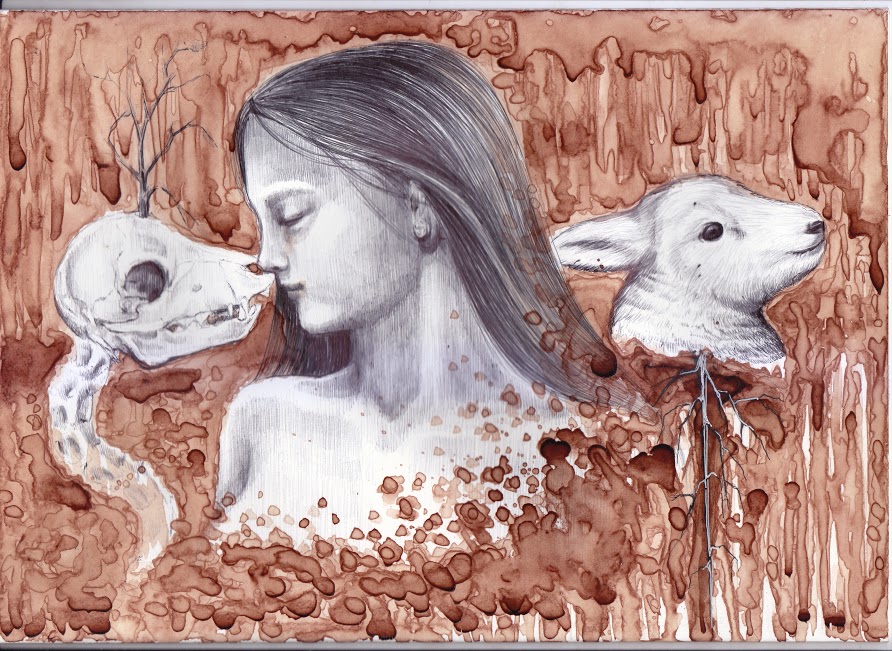 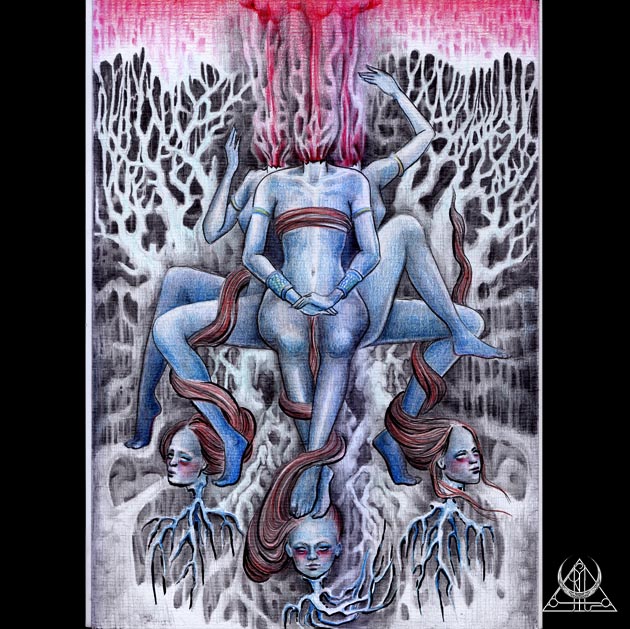 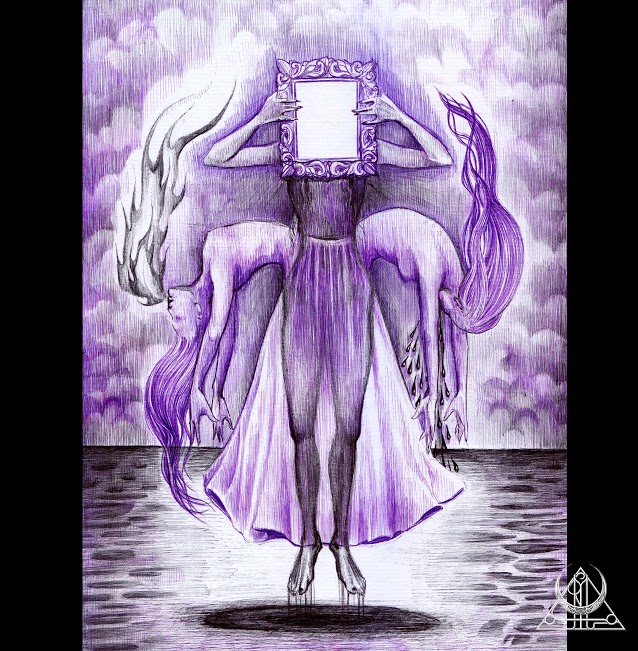 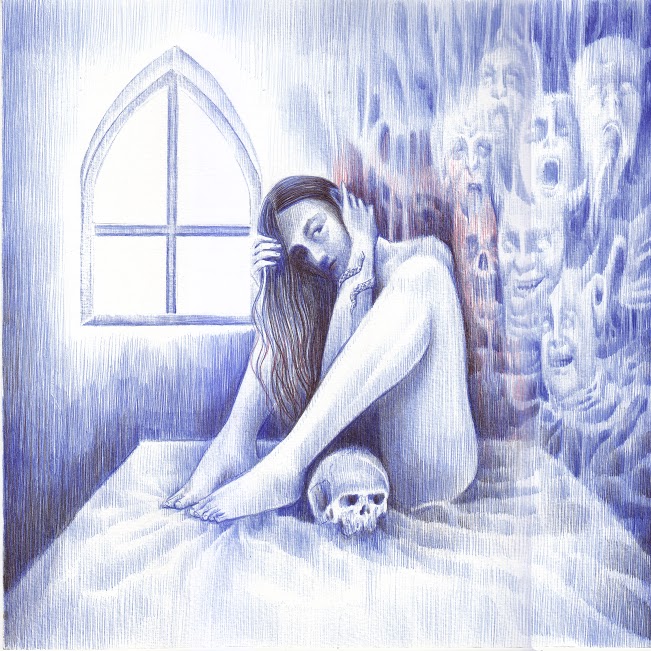 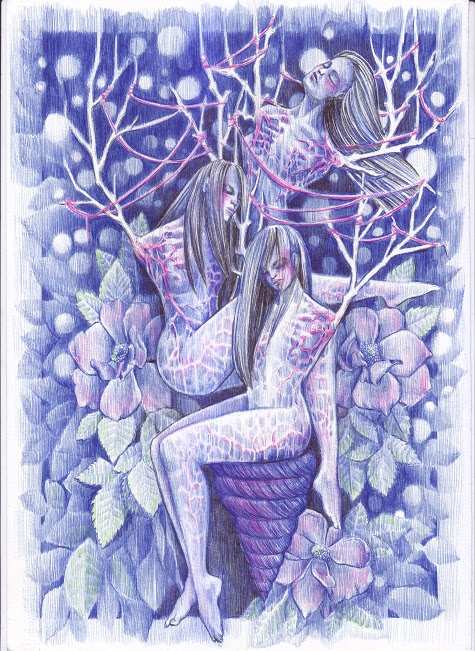 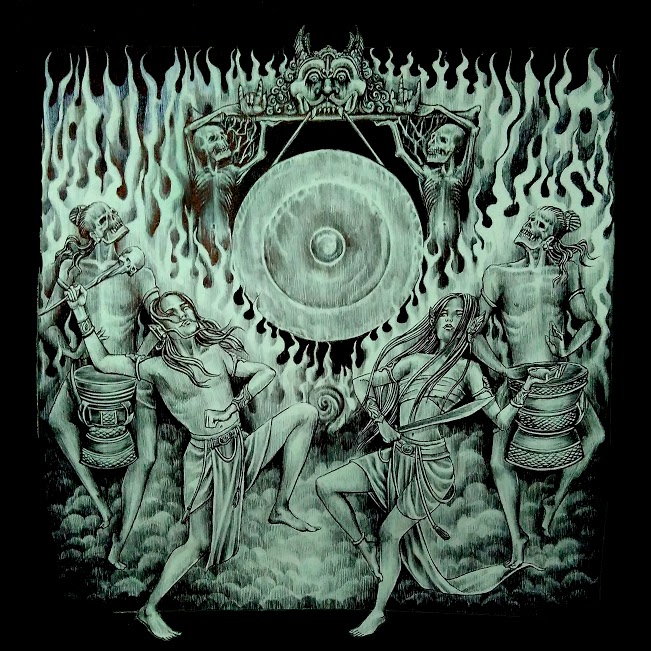 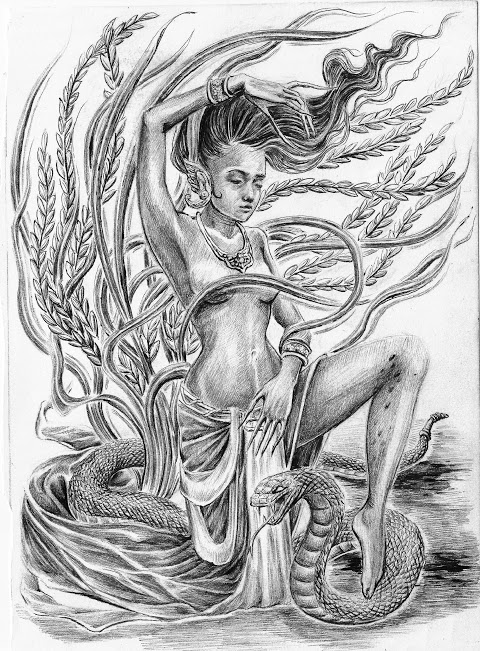 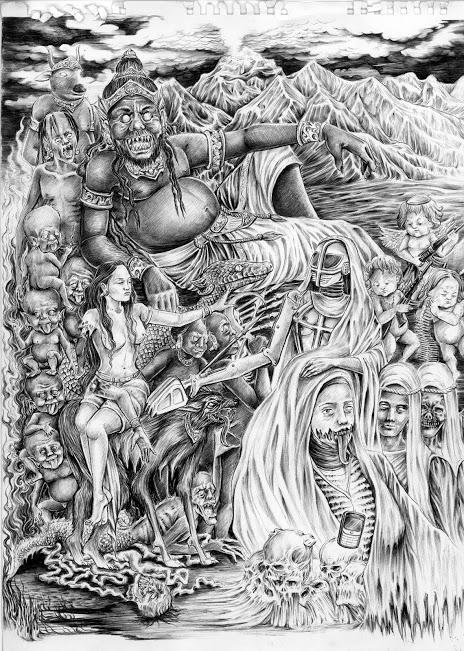 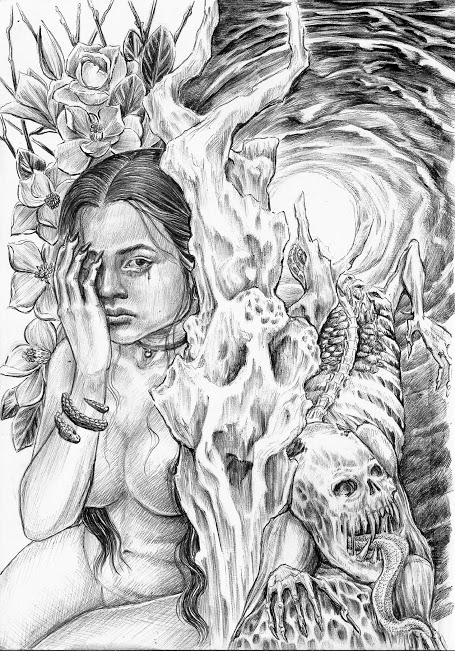 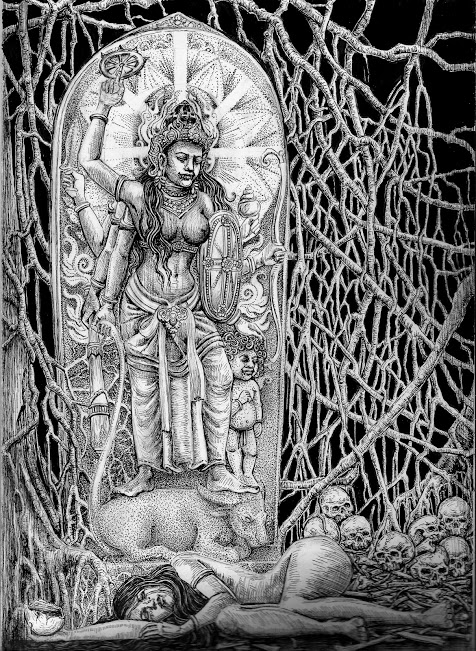 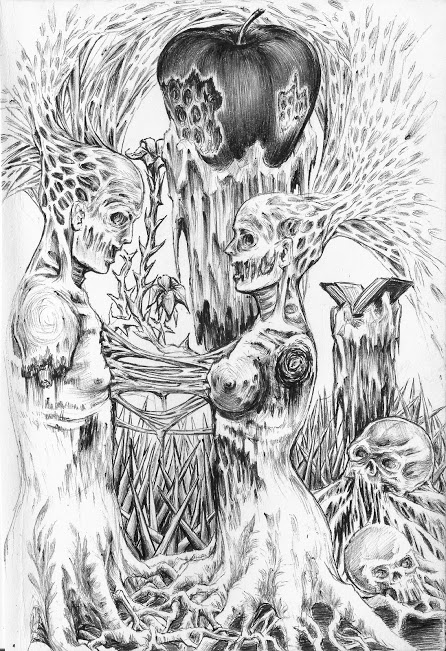 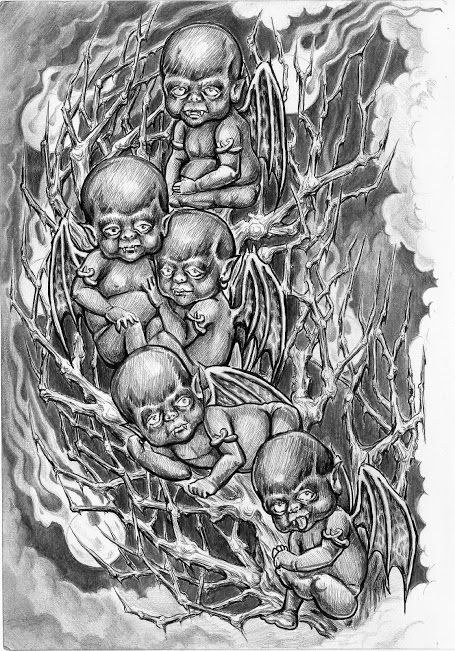 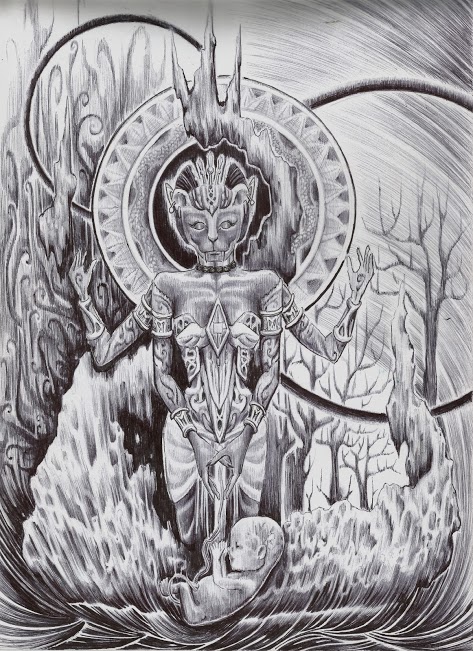 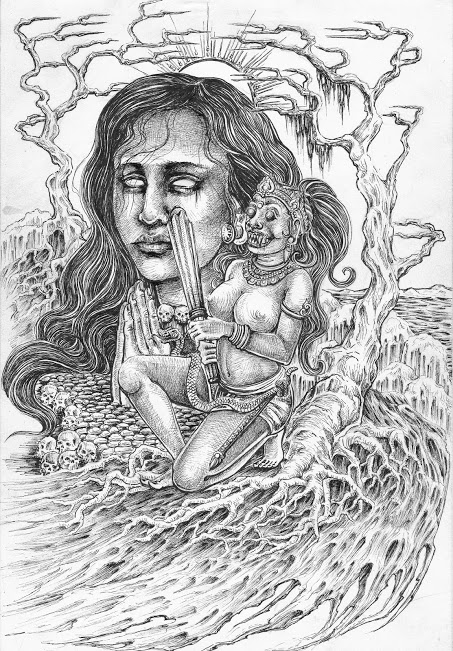 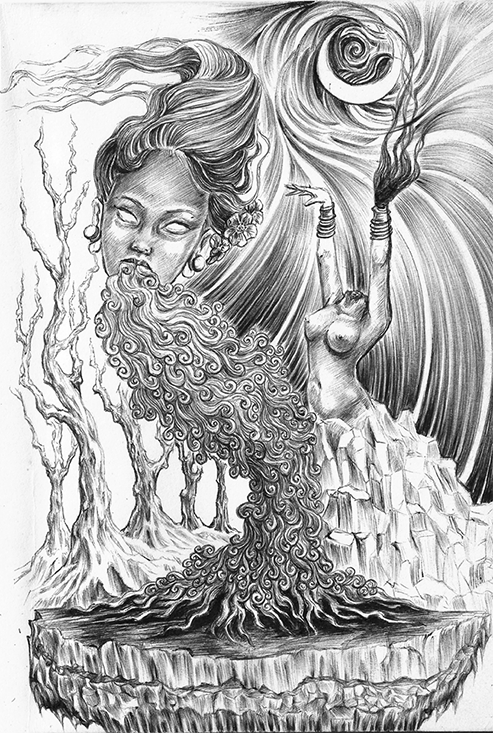 Narrativarte
She have been interested in scribble art since she was young kids. When her parents give a ballpointpen, she started to make a drawing of everything from her daily life, gruesome creature of horror television-series and also princesses folktale. Later she also have studying fine art in University, improve her skill and also knowledge.
There is something always gave me influence, the narrative stories and other kind of narations. I love to read folktales, fairytales, ancient myth about the god and goddesses, prose and also poet. So, the narrative stories are my inspiration, but I’m not stopping in make a traditional illustration only. Actually I used the narrative stories as a path to tell my own feeling, stories and point of view in life. Why do I use them as a cover or visualization of my own stories?; because it is not easy for me to tell something honestly to other peoples, I feel anxious and looking for a way to make it more acceptable in my society; beside sometimes I was also paid too much empathy towards the characters in the narratives stories and start to identifies my self with them. In the island of Java where I was being born and grew, the puppeteers often used some fragments of Mahabarata story to tell the actual cases like national political or socio-cultural problems. Mainstream media also like to identify actual public figure with the characters of the puppets (Wayang Purwa) which play the epic Mahabarata.
I think the use of narrative stories to tell a real life event is a form of art; it is a skill to find the connections between something that occur in real life and something belong to the ancient tales where the miraculous things are almost always occured; also we should realized that the ancient tales are based on real life events occur in a specific time and place. Narrativarte is how I borrowed the narrative stories from many part of the world including the local Javanese stories to build some works of art.

Luna Dian Setya aka Luna Matara born Januari 1993 in Surakarta. She does some artistic works as her personal daily rituals and sometimes also works for commercial purpose. Most of her works are drawing and painting, but she also does some performances.